The UK government has recently formed a task force to scope out the pros and cons of cryptocurrency markets; they are also assigned to create a framework for possible rules and regulations. CryptoUK, in response to treasury task force, suggested a proposal for the reasonable regulation.

Their proposal suggests regulations on the areas that are helping the interaction between fiat and virtual currencies. These platforms include brokers, exchanges, and trading platforms. They also asked MP’s to issue licenses to approved platforms along with enforcing operational standards and anti-money laundering rules.

“Introducing a requirement for the FCA to regulate the ‘on-off’ ramps between crypto and fiat currencies is well within the remit of HM Treasury,” said Iqbal V Gandham, chair of CryptoUK.

The Chairman of CryptoUK believes that several countries including Japan have also enforced similar laws and these laws are clearly reducing consumer risk and improving trading standards.

The governor of the Bank of England, Marka Carney’s withdrawal from his previous stiff stance contributed to trader’s optimism. He now calls for regulation, contrary to the earlier position of comparing them with historical bubbles.

Cryptocurrencies Moved Into the Green Today 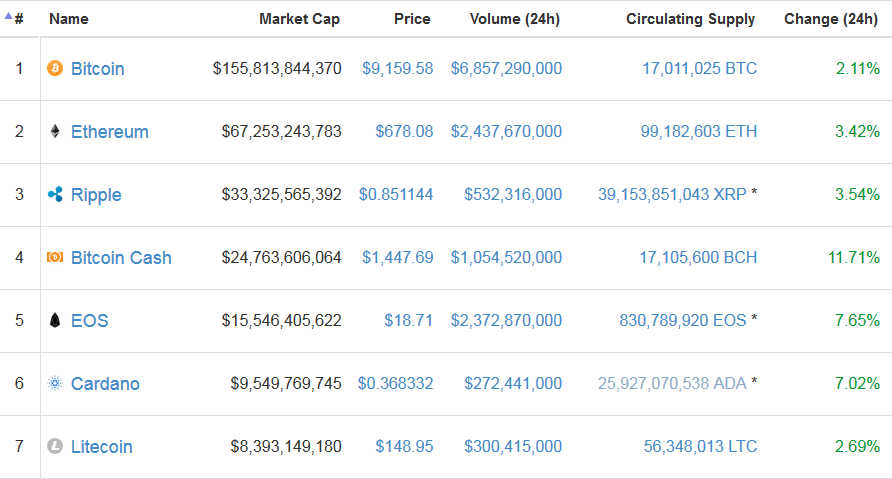 The entire cryptocurrency space moved into the green today following CryptoUK’s proposal. Bitcoin price (BTC) rose 2% while Ethereum (ETH) and Ripple (XRP) soar more than 3%. Bitcoin Cash (BCH) is among the biggest gainers. Its price jumped 12% today. IOTA (MIOTA) price is hovering in the range of $2.11, almost the highest level in the last three months. EOS (EOS) and Cardano (ADA) price increased at a mid-single-digit rate. The rally in altcoin price is due to the infrastructural improvements in their blockchain technologies.