Bitcoin price (BTC) trades in the range of $7000 today after finding support around the 50-day low of $6500 that it hit during the weekend. The largest crypto coin lost 18% of its price last week, down 45% in the last three months. Albeit recent volatility, technical factors are getting adverse for bulls who are looking for a sharp uptrend.  Bitcoin price plunged below the 200 day and 50-day moving averages (dma), which technical analysts believe indicates a bearish trend for BTC price.

The moving averages have also formed a Death Cross trend when the 50-dma dips below the 200-dma. The rest of the moving averages aren’t creating a bullish trend for bitcoin price performance in the short-term. 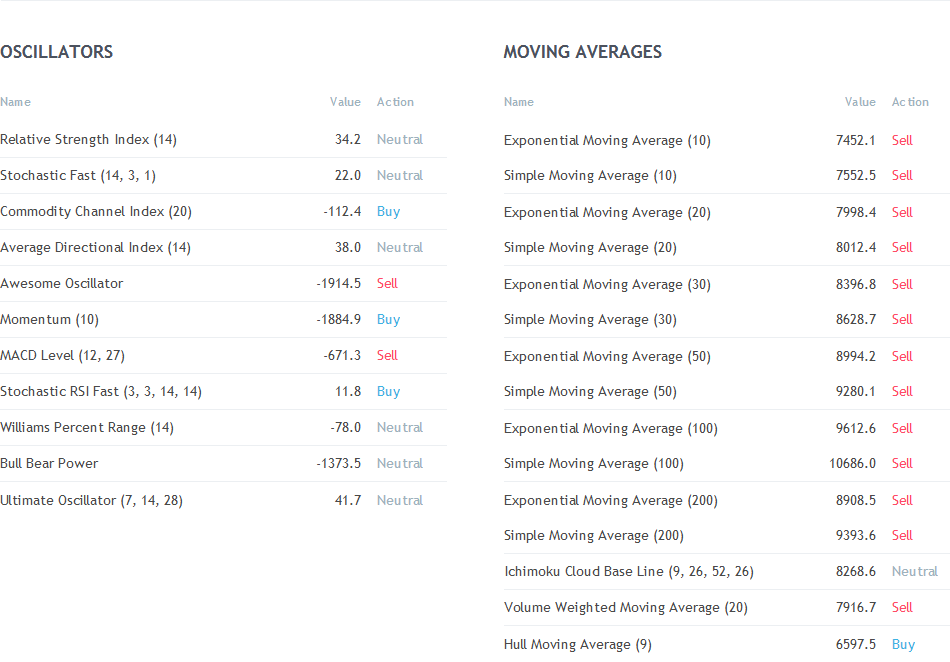 Some analysts believe the market could dip below Februarys lows of $6000, due to a lack of support from technical and fundamental factors.

Sheba Jafari, the head of Goldman Sachs’ technical analysis team, is one of the analysts who recently predicted that BTC could fell below Februarys lows. Sheba warned investors that the price breakdown from $7000 level could increase the potential for declining below $6000 level.

“The 200-dma, in particular, is important given that it held very well at the previous low in September,” wrote the technical analyst. “Getting a close break this time around would warn of structural damage, increasing the risk of new local lows (<5,922).”

The fundamentals for cryptocurrency markets are getting weary, amid regulatory crackdown and social media bans. Japan, which accounts for the major portion of cryptocurrency trading volume, has been expanding their clampdown on domestic exchanges. Two exchanges, Mr. Exchange and Tokyo GateWay, announced the closure of their operations last week followed by the closure of three other domestic exchanges earlier in March. The report suggested that more exchanges are expected to close their operations, due to the strict regulatory requirement from Japan’s Financial Services Agency (FSA).