Bitcoin price today: Bitcoin price (BTC) is moving in the tight range of $9,000 over the last couple of days albeit strengthening trader’s sentiments. The largest coin has hit $9,700 level on Wednesday before falling back to $8,800 in the next couple of hours.

Bulls are facing stiff resistance from bears in breaching the psychological $10K mark –which will set its path to hit $11,000 without a long delay analyst say. 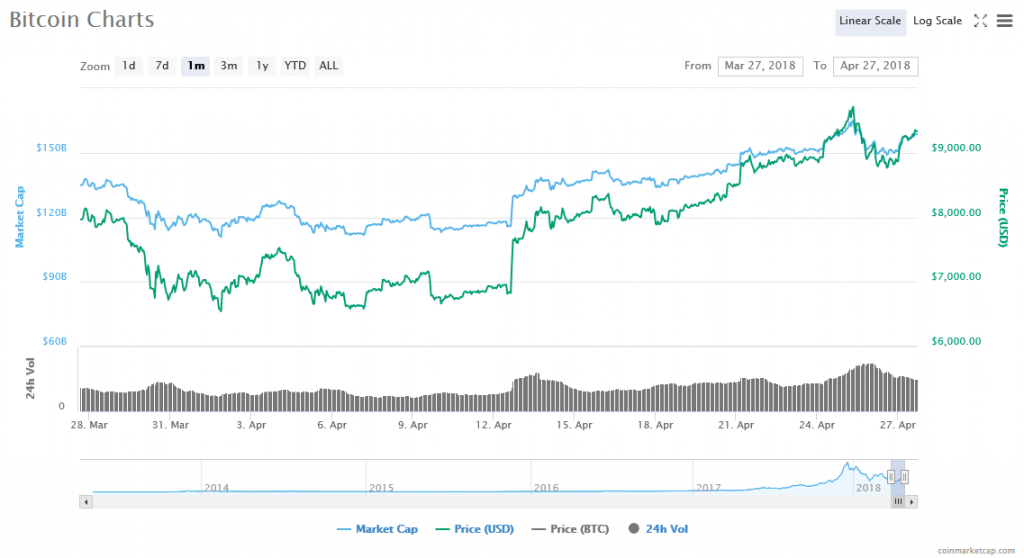 Bitcoin price increased slightly 5% today, up almost 50% since the start of this month. The rest of the digital currencies are also making small sideways moves today. Ripple (XRP) and Ethereum (ETH) are in the green today after spending the majority of time in the red in the last two days.

The data shows that the 17 millionth bitcoin was mined on Thursday, leaving only 4 million coins to be mined in the coming years. Almost 1800 bitcoins are mined on a day by day basis or a bitcoin block of 12.5 bitcoin in every 10 minutes. The 17 millionth milestone highlights the fact that the coins supplies are reducing, which could support its value in the day to come.

John Pfeffer, the partner at Pfeffer Capital, predicts that bitcoin has the potential to replace the gold. He said, “Bitcoin is better ‘on every front’, according to numerous media outlets.”

John Pfeffer claims that if BTC coin can substitute 25% of total country’s foreign reserves, its value could increase to $6.4 trillion. Pfeffer said, “While he is a big fan of bitcoin and blockchain technology, not all cryptocurrencies are viable, and many are bad bets.”

The partnership between Gemini exchange and the NASDAQ optimized trader’s sentiments in future fundamentals of cryptocurrency markets. Additionally, the CEO of Nasdaq exchange hinted to become cryptocurrency exchange over the coming time. Nasdaq CEO Adena Friedman said. “If we do look at it and say ‘it’s time, people are ready for a more regulated market,’ for something that provides a fair experience for investors.”