Bitcoin Cash (BCH) price is struggling to extend the momentum that it had generated last month. The traders initially blamed profit-taking strategy for the retreat, the broader market volatility has also been hindering its upside potential. The majority of altcoins retreated from previous highs that they had achieved at the end of last month.

The total cryptocurrency market declined to $425 billion – with Bitcoin down 1%, and Ripple dipped 2% in the previous seven days. 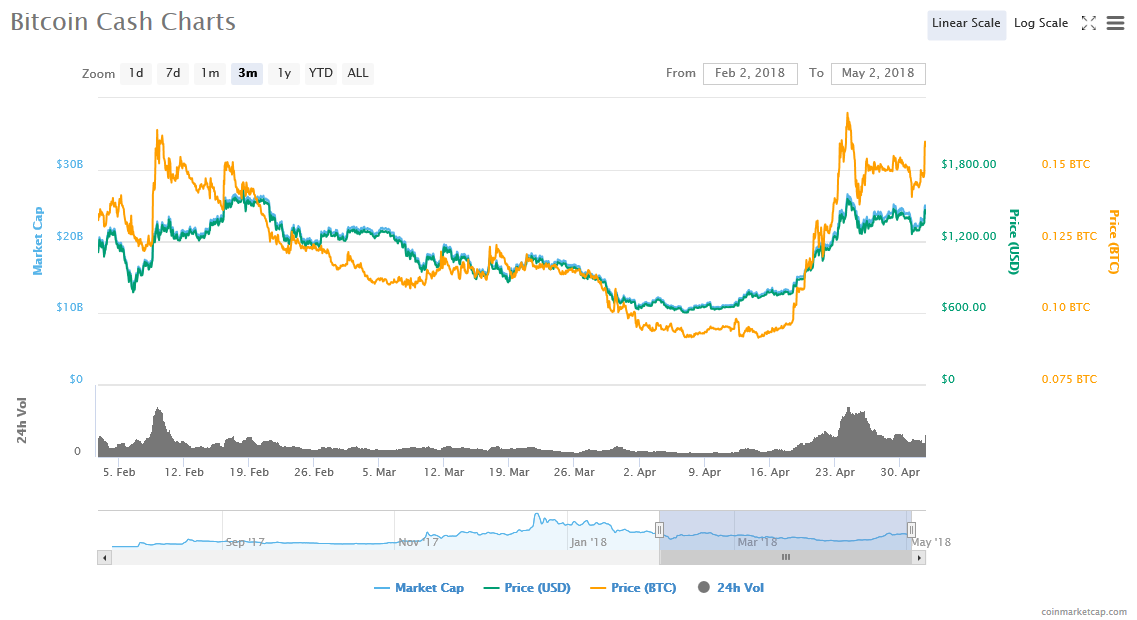 Although some analysts including Thomas Lee believes Bitcoin cash is overvalued following the bull-run of more than 100% last month,  bulls expect the fourth largest coin to resume the uptrend amid the approaching hard fork event on May 15 – which they believe will enhance its position in the cryptocurrency space.

EOS (EOS) price movement has been stunning investors despite the range-bound price movement from the entire cryptocurrency market. EOS coin traded at an all-time high during the weekend before losing some momentum on Monday amid profit taking. It resumed the uptrend today; the coin is up almost 11% to $18.90. 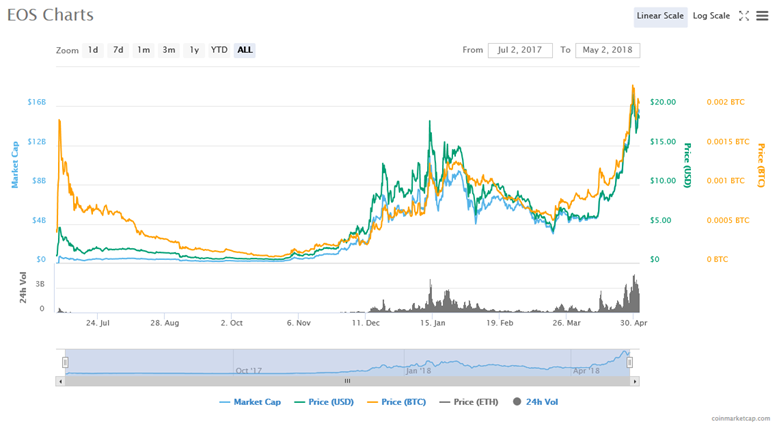 EOS ranks at the fifth spot after a sharp rally – with the total market capitalization of $15.67 billion and trading volume of $2.9 billion. The coin gets almost 50% of trading volume from OKEx, Bithumb, and Upbit exchanges.

The coin has been receiving support from the infrastructural developments and partnerships. The expected mainnet launch on June 2nd is among the biggest catalyst for its price appreciation. Some market analysts are expecting EOS price to reach double-digit figure by the end of this year, supported by the management’s aggressive focus on its platform expansion.